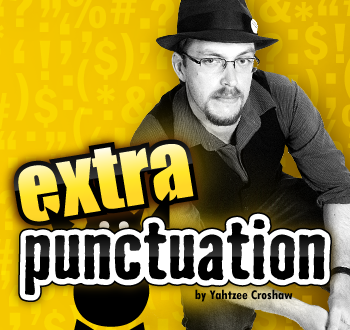 “I remain convinced that in principle, video games cannot be art. Perhaps it is foolish of me to say ‘never,’ because never, as Rick Wakeman informs us, is a long, long time. Let me just say that no video gamer now living will survive long enough to experience the medium as an art form.”

As someone who adamantly prefers to call themselves a “game critic” rather than a “game reviewer,” I’ve been asked by several parties to make some counter-comment to film critic Roger Ebert’s recent post. Presumably they were all hoping for some expletive-laden takedown of all Ebert’s arguments broken up by comparisons between the man and various historical dictators and farm animals. But the thing is, I like Ebert. I think he’s an intelligent guy and well worth listening to, especially when he’s got a particularly terrible film in his sights. In my more egotistical moments, I might one day aspire to being his videogaming equivalent.

My immediate question is, is everyone really that bothered by his article? I don’t agree with Ebert’s position, but I respect it. I wouldn’t in a million years attempt to make him change his opinion, nor would I express any patronizing expectation to the effect of “oh, one day he’ll understand.”

I could say that his area of expertise is cinema and therefore his opinion on videogames is about as relevant as that of your grumpy aunt Hildy. I mean, I don’t really watch or understand films much these days and thought The Spirit was actually pretty fun, but people don’t come to me for film discussion, and you shouldn’t go to a film critic for the last word on gaming. If, say, John Carmack declared that games will never be art forever and always, maybe that’d be worth getting stroppy about.

I could mention that Ebert’s entire position in his article seems to be based around watching footage of games on video, when the whole essence of games as an art form is the fact that they are an interactive medium. He states that no game has yet reached the artistic level of the great filmmakers, painters, novelists, etc, and I would reply, no, they haven’t, and good thing too. Films and paintings and books are passive entertainments to be watched and read and looked at, while videogames are about making the audience the whole driving force of the experience. What Ebert feels disqualifies games as art for me simply make them a whole new dimension of art.

I could concede that Ebert’s point that games aren’t art because games are something you “win” would have held a lot more water in the old arcade days of Asteroids and Missile Command, but games nowadays are much more than just their gameplay mechanics. The important part of Shadow Of The Colossus is not reaching the end credits, but the sheer myriad of experiences that lead up to it – the beauty of the environment, the bitter desperation of exploring it, the pains, the sorrows, the big hairy lads trying to shake you off their bald spots. Perhaps “game” is the wrong word for what videogames have become. I’ve always felt the same thing about the term “moving picture;” it seems rather quaint now that we’re not all diving under our seats in fear because we think a train is about to bust through the wall. 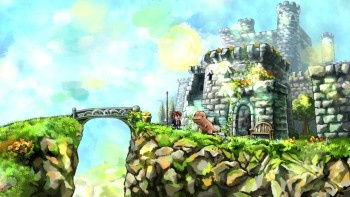 I could say he wasn’t shown the best examples of artistry in game design. While he only saw Braid for its mistake-reversing element that seems like cheating, and presumably didn’t realize that most of the game is about using various time-manipulation powers to solve elegant temporal puzzles, I would agree with him that the game’s still little more than an arcade puzzler with pretentious write-ups between every level.

I could say all of that (and indeed just did) but none of it matters. You know why? Because art is subjective. There has never been a clear definition of what exactly “art” is, and that’s because it varies from person to person. There will never be a consensus on “videogames as art.” I doubt there will ever be one over the matter of Tracey Emin’s Turner-prize-winning dirty bed, either.

My personal definition of art is something that provokes emotional attachment. And there are games that have given me far stronger emotional feelings than any other story told in any medium. Fear, despair, joy, sympathy, the whole gamut. But these were all extremely personal experiences. I’d no doubt have felt differently if I’d had a different personality. I can’t really share the emotions of a film critic blubbing at the end of It’s A Wonderful Life, and I don’t expect them to share those of my eight-year-old self blubbing equally hard at a funeral scene in Wing Commander. There are no doubt people reading this who were moved to tears by Aeris dying in Final Fantasy 7. I can’t sympathize any more than I can with Roger Ebert, but I can’t tell you that you didn’t have those emotions, or that they’re somehow wrong. And Ebert isn’t “wrong,” nor is he “right.” His perspective is just that – his own.

And that why it’s stupid to get angry and butthurt about it, or anyone else who dismisses gaming. It speaks more to your own insecurity than their obvious ignorance. It puts me in mind of evangelism. A religious person will (generally) never, ever convince an atheist of the existence of their god, nor vice versa. Religion should be something you keep within the confines of your own head, and we should all recognize how pointless it is to try and make other people see the fairies that live in your brain. That’s how I feel about art.

TL/DR: Art is any created work that provokes strong emotions in you, personally. And trying to impose your feelings on someone else is as pointless and time-consuming as trying to impregnate a dishwasher.

Yahtzee is a British-born, currently Australian-based writer and gamer with a sweet hat and a chip on his shoulder. When he isn’t talking very fast into a headset mic he also designs freeware adventure games and writes the back page column for PC Gamer, who are too important to mention us. His personal site is www.fullyramblomatic.com.