The Xbox 360 game Alan Wake (on which Bright Falls is based) was finally released today!

The Bright Falls series isn’t currently available on DVD – and unfortunately it may never be. Purchasing Alan Wake is currently the best (and really only) way to tell Remedy and company that Bright Falls was a great idea. If Alan Wake sells well, they will measure their advertising as a success. This is the only hope we have of getting more content like Bright Falls, so click that link and buy a copy of the game.

At the above link you will find two versions. One is the standard game – instructions, disc, the bare essentials. BORING. But hold on- 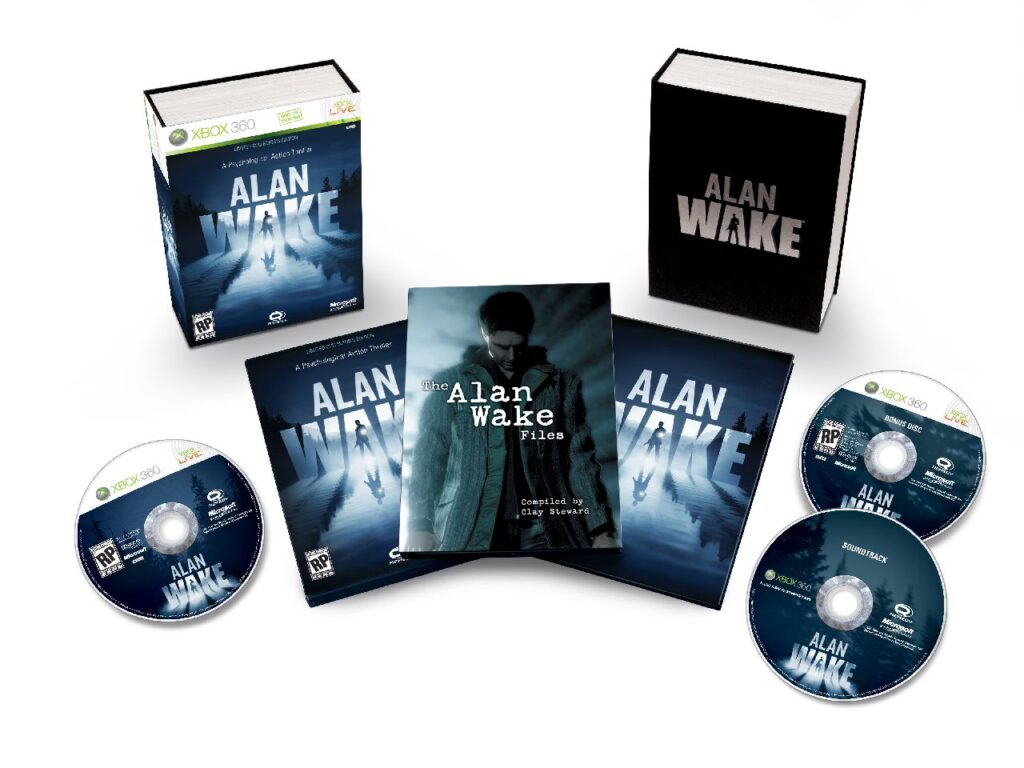 There’s an option at that link to buy the Limited Edition. This version is fully loaded. You’ve got the game and manual of course, but there’s also limited edition artwork, in-game audio commentary, the official soundtrack and score, a book (which I’ll get to in a second), and an xbox live bonus disc. The bonus disc contains:

The most intriguing item in the limited edition may be the book said to be written by Alan Wake. I obviously haven’t read it yet, so I’m unsure if it’s one of the novels we’ve heard about in the Bright Falls series or if it presents any new clues to the overall Alan Wake mythology. Can’t wait to get my hands on one.

I’ll have a write-up of the game in the coming weeks. In the mean time – even if you’re not going to play the thing! – buy a copy and show your support of the amazing series that was Bright Falls.