In a previous post on G4 and David Lynch I mentioned the coverage G4TV has been giving bright falls. They’ve since posted articles on the third and fourth episodes as well. 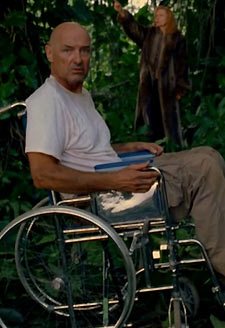 In their impressions of episode 3 Gaskill recaps the episode noting specific references to Lost. Fans of the ABC series will find more comparisons between the storytelling elements than anything else. If you’ve been following Lost all this time (we’re almost there, guys!) you’re plenty familiar with the “more questions than answers” approach. It’s as if each new answer actually reveals a greater distance to the truth…

I know it’s a nexus of nightmare and despair, but I still want to live in Bright Falls. It’s scenic, and I’ll bet it smells great there. I’ll bet the food at that little diner is amazing. I could find a nice girl and settle down into a log cabin, get all excited about Deerfest every year, and keep sane by visiting Bright Falls’ state-of-the-art mental health facilities.

As I type this from my noisy Chicago apartment I can’t help but think the same thing. Every day for the last few weeks I’ve had the urge to move to a quiet Oregon logging town. It’s a real testament to how rich of a backdrop the series has crafted.